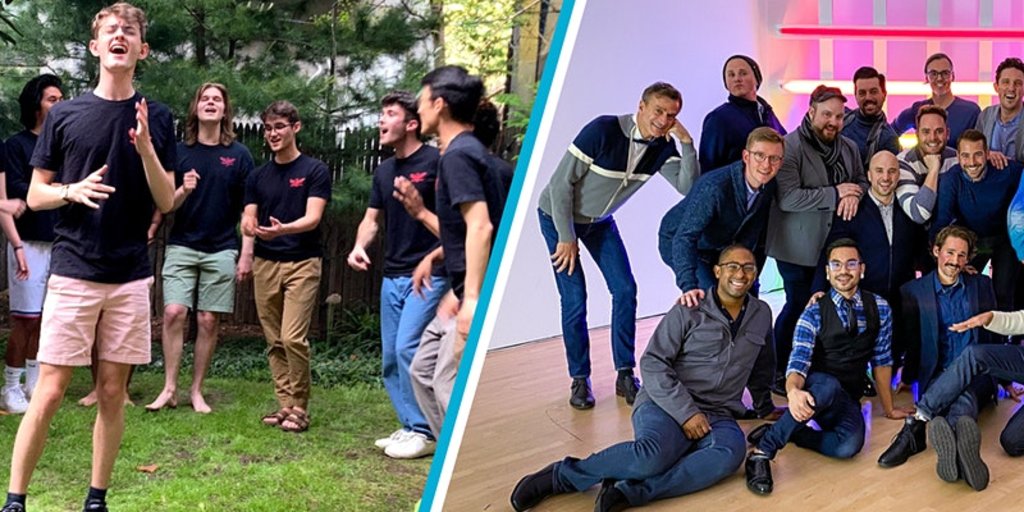 The Whiffenpoofs and HomoPhonics: Joint Concert in San Francisco

Born in San Francisco, California, Deke Sharon has been performing professionally since the age of 8, and as a child toured North America and shared the stage in operas with the likes of Pavarotti. Heralded as “The Father of Contemporary A Cappella,” he is responsible for the current sound of modern a cappella, having created the dense vocal-instrumental sound in college, subsequently spreading it around the world.

Deke produced “The Sing-Off“ worldwide (USA, Netherlands, China, South Africa), which had the highest ratings of any new, unscripted television show in the US in 2009, and was the third highest rated show on NBC in 2010. In addition, Deke served as arranger, on-site music director and vocal producer for Universal’s “Pitch Perfect“ & “Pitch Perfect 2“ & “Pitch Perfect 3“ starring Anna Kendrick & Rebel Wilson.

SFGMC’s newest vocal ensemble, HomoPhonics, began in 2015 as a result of the recent a cappella craze. Focusing on musical cohesion without instruments, the group uses arrangements that feature tight, dynamic harmonies and vibrant, upbeat rhythms.

No tickets are available for this event.